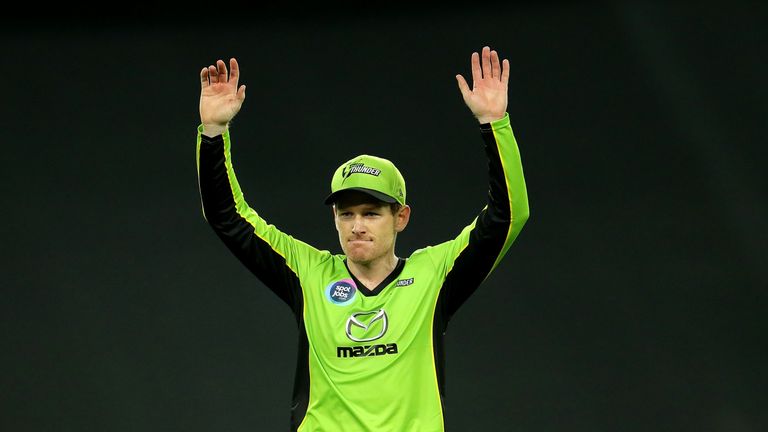 Their win was assured after a nasty on-field collision between Stars pair, Adam Zampa and Tom Triffitt, saw them clash heads together as they collided in a bid to catch a skied shot sent in by Jay Lenton

In an incredible manner, Zampa had held onto the catch, and returned to play the second match. For Triffitt, it was also the same as she was cleared of any damage.

For their second clash, both teams added some international fire power to their ranks in the persons of Luke Wright for Stars, and Eoin Morgan for Thunder, both English pairs.

With Morgan having been dismissed for 18 off 11 balls, Thunder was propelled to 4-149 by a run-a-ball 61 from Lenton.

For the Stars, Maxwell topped the score sheet; blasting through 31 runs off 17 balls, while Captain David Hussey and spinner, Zampa also made their own contributions. However, was not enough to cause much damage as Thunder held on to win by six runs.